Hemp has enjoyed a rollercoaster of associations throughout history. Hemp has been revered for its versatility and sustainability, yet condemned because it has a relative who likes to party.

As long as there are lots and lots of snacks…

The hemp industry took a tumble with the sway of public opinion and misinformation but somehow was also sponsored by the government during wartime, despite being illegal. Perhaps there’s a little more to the story than we thought.

Begin your hemp history journey with these 11 fascinating facts about this misunderstood plant.

Humanity has been reaping the benefits of hemp for at least 12,000 years. Cultivation of the crop originated in China and Japan for clothing, pottery, and paper; the first recorded medicinal use was 2000 BC.

The earliest recording in America was 1600 BCE. Hemp was an unbelievably important crop to the early settlers. Used to make rope, clothes, baskets, etc. The government actually accepted payments in hemp for taxes.

In 1619 the 1st Virginia Legislature required all farmers to sow hemp; Connecticut and Massachusettes would also later make the cultivation of hemp mandatory. Many of the founding fathers grew and were major advocates for hemp.

Money turned hands and a smear campaign began. Timber, cotton, and synthetic nylon moguls lobbied against hemp to create the Marijuana Tax Act of 1937, making it impossibly expensive for farmers to grow.

Turns out, one of the timber moguls, William Hearst, used his timber to print newspapers. Which began to run anti-hemp propaganda unchecked and graphic.

After the U.S. was cut off from its’ supply of hemp imported from Asian countries during WWII, the government distributed 400,000 pounds of cannabis seed to farmers. Our soldiers needed parachutes, light but tough clothing, ropes, and it was good patriotism to grow hemp for the U.S.

Alas, the American political elite was unable or unwilling to differentiate between hemp and cannabis. Nixon began his war on drugs and when he passed the Controlled Substances Act of 1970, hemp was on the list.

It would remain on this list until the Farm Bill was passed in 2014: farmers were allowed in certain states to grow industrial hemp. In 2018, the Industrial Farming Act removed hemp from the controlled substances list.

It took almost a century, but hemp is back on track in people’s minds and in their fields!

We already know that the Ancients used hemp for paper, and the first and second draft of the Declaration of Independence was on hemp paper, but why is it so much better than trees?

Trees take a long time to grow (about 20 years, at least), and they use a lot of land to do so. Also, wood is not white and must go through a bleaching process with chemicals.

Hemp plants mature for harvest in 4 months. 1 acre of hemp produces 4x more than an acre of forest and does not need harsh chemicals for processing.

Let’s give the trees a break, shall we?

3. Good For The Soil

Ever heard of a cover crop? Farmers must practice crop rotation in order to keep adding nutrients to the soil, not to harvest. Legumes and grasses are common crops rotated through fields to replenish the soil.

Hemp is basically its own cover crop, as it regenerates nitrogen in the soil it is grown.

Hemp consumes four times as much carbon dioxide as trees!

What’s not to love?

Hemp was intensely studied in the early 2000s for its phytoremediation properties. That is to say, its ability to naturally extract toxins from the earth.

Scientists were wildly successful in using hemp to extract lead, cadmium, selenium, metals, pesticides, etc. at Chernobyl – one of the most famous nuclear disasters in the world. The effects of this nuclear disaster spread far and wide for the environment and humanity.

Using hemp to clean it up is just the first step!

In 1941, Henry Ford developed a car that was built almost entirely from cellulose-plastic. 70% of the panels on the car were made from hemp fiber. Ford’s hemp car boasted 10 times the safety rating of a car built from steel.

His invention would have made cars lighter, faster, safer, and more affordable. Unfortunately, hep was still illegal.

The man who invented the diesel engine, Rudolf Diesel, had originally intended to use vegetable or seed oils to fuel it. Ford’s hemp car also ran on hemp oil.

Hemp can be utilized as an environmentally-friendly and sustainable fuel and should be as we further deplete the earth’s resources of crude oil.

The hemp plant and its excellent fibrous materials were put to one of their earliest uses as canvases. Many artists owe their careers to the cannabis hemp plant.

Supposedly, the word canvas is even derived from cannabis.

Industrial hemp is growing in popularity as a foundation to build better houses.

Houses that are fire-resistant, rot-free, mold-free, and bug-free while being 100% sustainable. Unfortunately, it is much more expensive and slightly less durable than concrete.

But it might be worth the cost, as the cement industry is responsible for 7% of carbon emissions.

One of the major catalysts for bringing hemp back into the mainstream was the health benefits of CBD (Cannabidiol), especially in relation to epilepsy.

The options that are available to treat epilepsy tend to have negative short and long-term side effects. Sufferers of this disorder and parents of children with it never gave up hope, and their answer arrived in plant form.

Big Pharma even made a chemical equivalent for patients suffering epilepsy called, Epidiolex. Though we really only need the plant and its glorious CBD molecular structure compounds.

11. Hemp for Your Health

It also boasts gamma-linolenic acid (GLA) which is found naturally in breast milk. A vital nutrient for any new and growing human, it is also beneficial for arthritis, muscle conditions, and inflammatory skin conditions.

Hemp seeds are truly a superfood and you can add them to any diet without going to jail.

The Future of The Hemp Industry

We live in an exciting time where myths are being busted and legislation re-written to accommodate science and technology.

There have been over 25,000 different documented uses for industrial hemp, and that is sure to keep expanding with our imagination at revolutionizing this villainized plant.

Interested in finding out more about joining the hemp industry? Check out the rest of our blog to find the various ways hemp could benefit you! 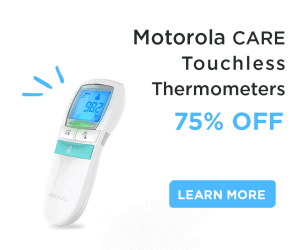